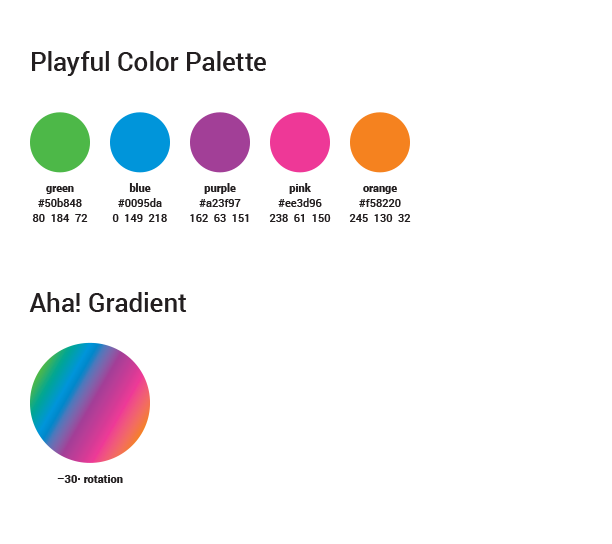 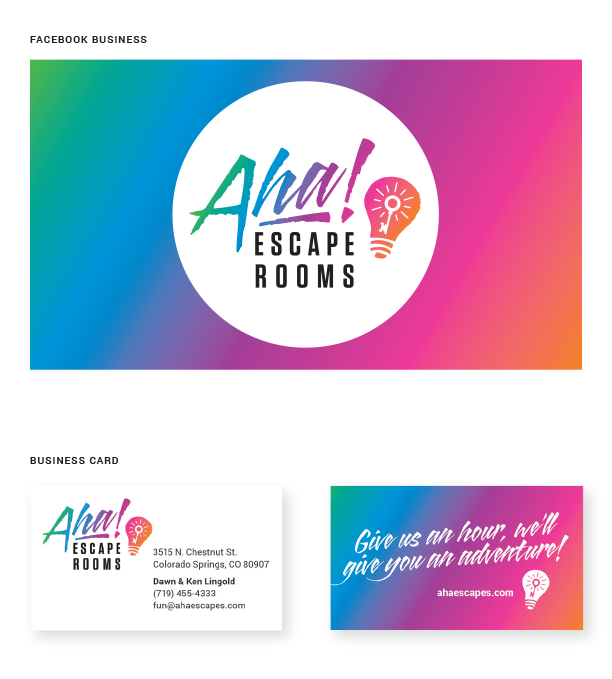 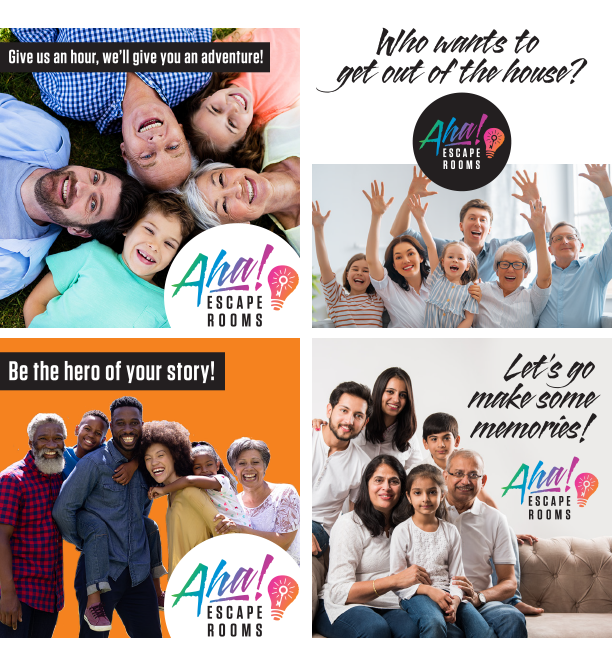 Escape rooms can be a fun family adventure. Many people think they are just for nerds and geeks.

Dawn Lingold and her husband Ken had been running a successful escape room business named Locked In Escapes for several years when they decided to expand. Dawn asked Studio 2D to design the logo and branding for their new business, named Aha! Escape Rooms.

The most important element of the brand needed to be “fun.” Their audience is families, including people of all ages. That led us to the playful color palette you see on the left. A gradient brought all the colors together in a dynamic way. After experimenting with several script fonts, we settled on Blazing Italic which has the energy and excitement the Lingolds want to convey.